New research examining global whole grain intakes suggests that Australia is doing better than some countries for whole grain consumption(1). However we still have a long way to go to meet the amount of whole grain recommended for good health and chronic disease risk reduction.

According to the most recent National Nutrition Survey only 34% of grain food consumed came from whole grain or high fibre grain foods(2). This aligns with GLNC’s own research, which shows that more than 40% of Australians eat less than one serve of whole grain food per day(3). An intake of three serves of whole grain a day is recommended to promote health and reduce chronic disease risk(4, 5), however in Australia only one in three people meets this target(3).

Whilst Australia is doing much better than the UK – where just 17% of people meet this target and the US where only 8% eat enough whole grain – we’re not doing nearly as well as countries like Denmark, Sweden and Norway(1). Residents in these countries typically consume twice as much whole grain as the average Australian and may experience fewer instances of chronic disease as a result.

A recent impact assessment revealed significant uptake of, and a high level of compliance with, the Code by food industry. This should instil confidence in the Australian public’s ability to identify foods which contain a significant amount of whole grain.

Since the Code was launched Registered Users of the Code have added over 100,000 tonnes or more than 400 Olympic swimming pools of whole grain to the Australian food supply through new and renovated products. This is great news as it means that with increasing innovation in the whole grain category, it’s easier than ever for Australians to choose foods that are high in whole grain.

The average Australian would need an increase of just 1.5 serves of whole grain a day to meet the recommended three serves and reap the significant health benefits of higher whole grain intake. This could be as simple as swapping the white bread in your sandwich for a wholemeal variety, or opting for a whole grain breakfast cereal in the morning. If you’re in need of some inspiration, why not check out some of the delicious whole grain recipes available on the GLNC website.

Registered Users of the GLNC Code of Practice in Australia and New Zealand include: 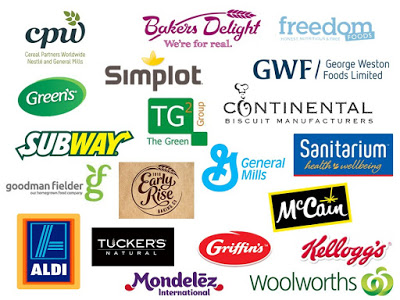 If you’re interested in registering with the Whole Grain Code of Practice or simply want to find out more click here.