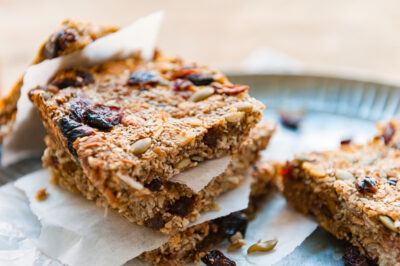 Pack these soft and chewy bars as an on-the-go snack.

Set aside to cool. Cool completely in the fridge before cutting into bite sized bars.